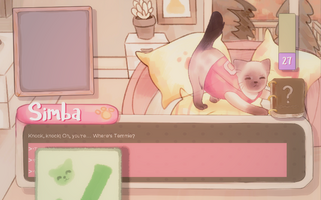 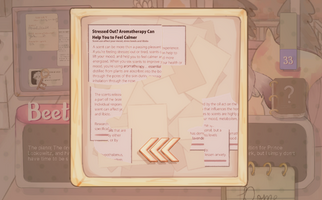 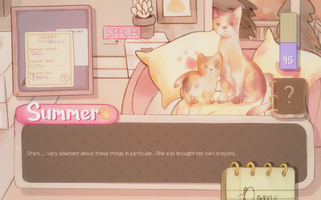 Hi! I just wanted to make a devlog to announce some small changes to the game -- mainly some updates to the project page, adding original music, fixing bugs, and adding a separate downloadable file alongside the web version.

I also changed it so that dragging puzzle pieces in the web version can be accomplished by holding space and moving the mouse, rather than trying to drag in the web version (which is kind of hard). The downloadable version should remain the same, though.

Anyways, thanks for the support to those who've played so far! ♡

a game about cats, comfort, and complementary care.